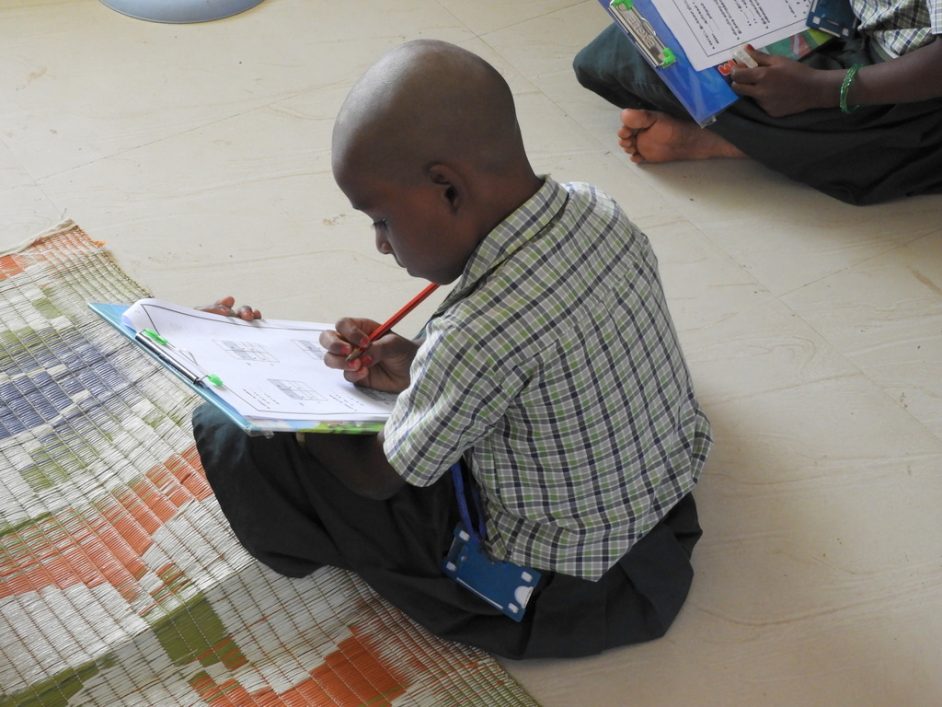 Asha Chennai conducted written assessments at all the 99 supported schools. Teachers were trained and exams conducted in a rigorous manner at all the schools.

Click here to see all the photos from the written assessments conducted in 2020.

There weren’t any major changes in the way the assessments were conducted. For this year we have started collecting a lot more student level data. That has been described in the oral assessment report.

This year too the papers were set by our own lead teachers in English and Maths, Radhika and Nathiya respectively. Over the months of December-January we designed the assessment papers. The Maths papers were reviewed by Mrs. Meena Suresh of Ramanujan Museum and Centre for Math Resources. In Maths, we aimed to set the papers with the same level of difficulty as last year. We broadened the coverage a little bit to include some more applied concepts like area/perimeter, LCM etc.

Our English tests was reviewed by Mrs. Jayashree Arun, a volunteer of Asha Chennai and works at P.S. Senior Secondary School in Chennai. In 4th and 5th standard we added a picture comprehension question in addition to the usual reading comprehension question. Open ended questions which require ability to read and understand simple English sentences is well beyond the ability of most of the school children.

One significant change in 2020 compared to the previous years was because of factors outside of Asha’s purview. The government had earlier announced plans to conduct board exams for the 5th and 8th standard students. All the school teachers were in a state of panic. The education department also sent a model paper which was largely not textbook based. In English and Tamil some 80% of the questions were from outside the textbooks. In this it was similar to the Asha assessment paper. But it was significantly more difficult and much longer. The school teachers saw the similarity to the Asha paper and started asking us for our past year papers, more worksheets along these lines etc. They were almost requesting us to conduct the assessment as a revision exam for their board exam! After being used to having to explain ourselves in conducting the assessments and having to make peace offerings, this was a welcome change! But then they cancelled the board, fired the education secretary etc. But the fear of a possible board exam in the next year or two is still there and thus the exams were conducted more smoothly.

On Feb 24th Rajaram trained the teachers of Poorna Vidhya. On that day assessments were conducted at CHS Canal Bank Road and CMS Thiruvalluvarpet. These trained teachers then conducted the assessments at all the other schools in Chennai including Olcott Memorial school.

The rules followed by the teachers while conducting the assessments were the same as last year. I am glad to report that there were no major malpractice at any of the places. At only one did we have a problem with a teacher telling the children how to answer the questions. There were for sure instance of children copying from each other. But that wasn’t significant enough to influence the data collected. 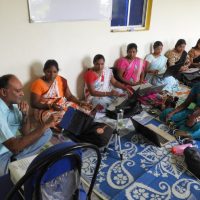 We followed rules similar to last year to ensure consistency in the corrections. Also the software infrastructure created for processing the assessment grading worked smoothly this time also making it a fairly straightforward process. The results from most of the schools will be available before the end of March!