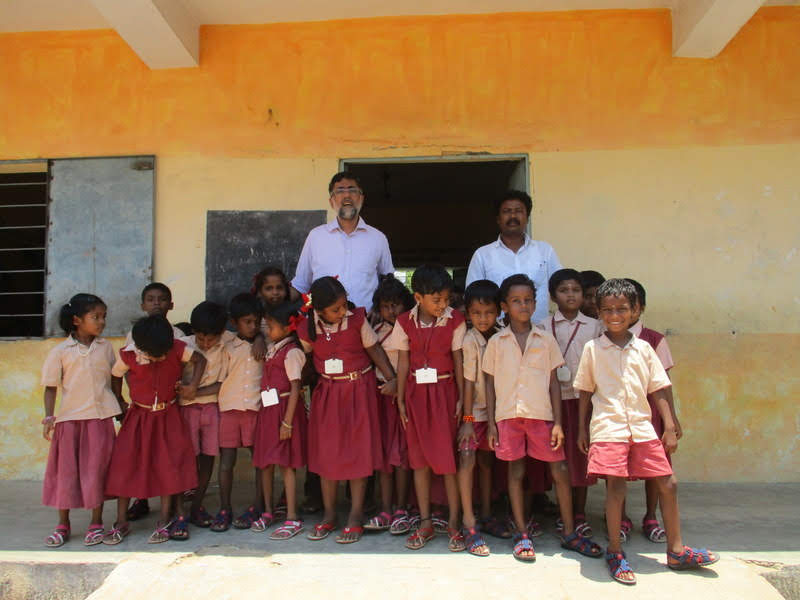 On April 2018 : Chappals were distributed to children from 6 schools in Poondi Block of Thiruvallur Dist. We also distributed mats to these school and a projector and screen to the middle school at Anandheri.

When children from the Sangamam schools came for the excursion organised by Asha Chennai and Hyundai Glovis, the Managing Director of Hyundai Glovis noticed that children from several of the schools were not wearing chappals whereas children from other schools were wearing nice chappals. The children from the schools where we had given chappals were all wearing chappals. So the MD requested that we give chappals to the remaining schools as well.
So we organised to give chappals to the remaining 6 schools from the excess funds available in the Glovis Sangamam project. We also gave some replacement mats to all schools and projectors to the middle schools at Anandheri from our excess funds.
Click here to see the photos from these distributions.