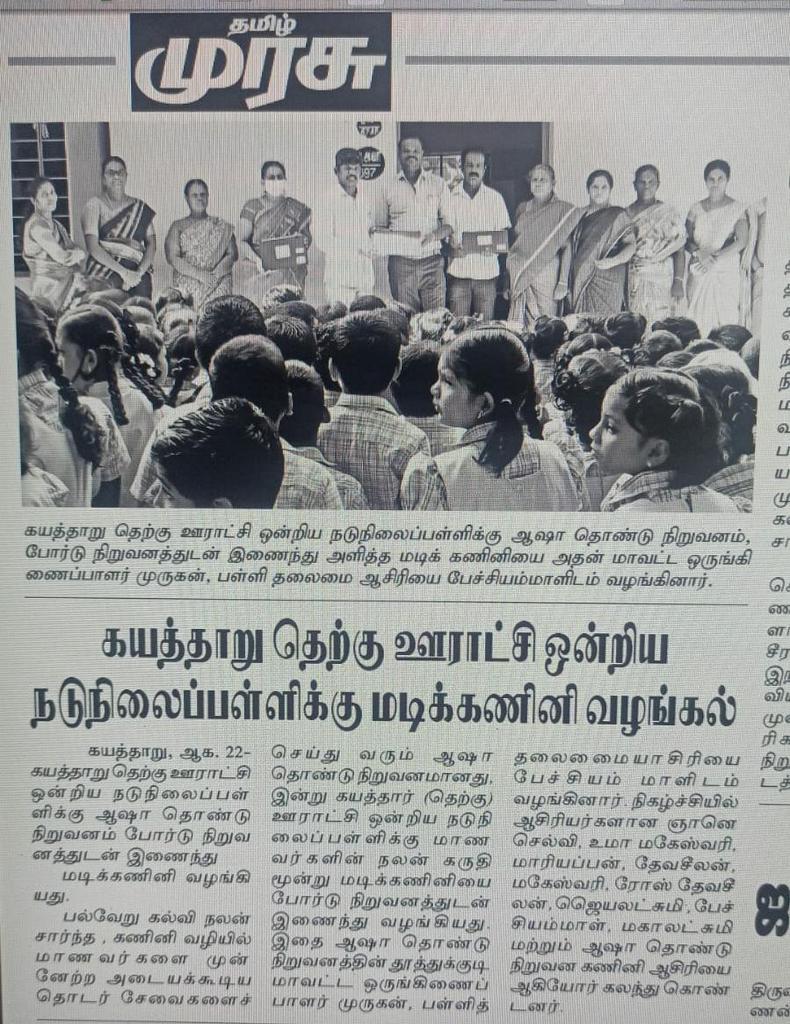 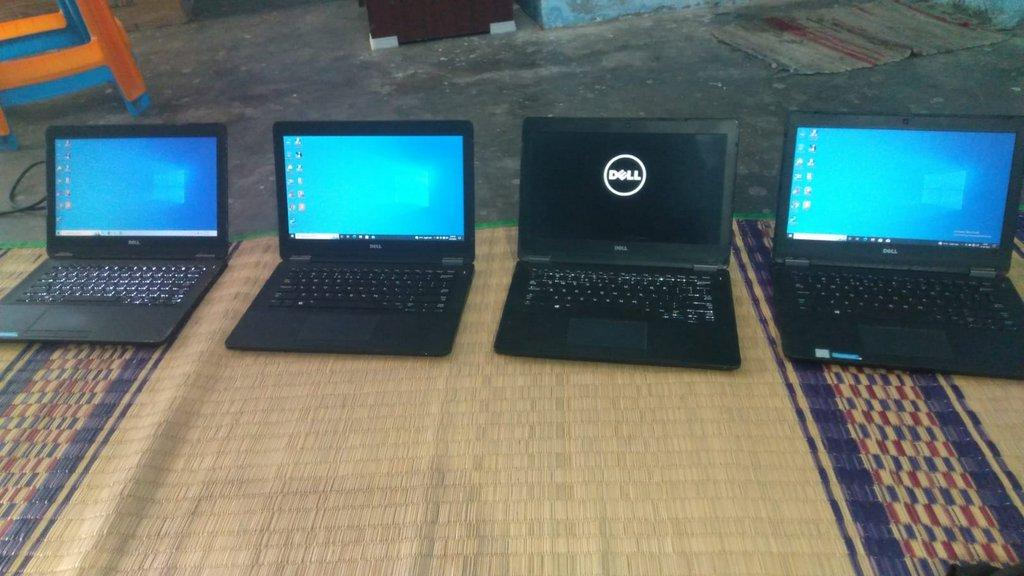 Here are the details of the laptop distribution by project. At tbe end we have also described donations of laptops received through another NGO Disha and finally a visit by a Director of Ford to our project schools in Thiruvallur.

This is the largest of our projects where we support about 85 schools. While we were given 100 desktop systems by Hyundai Glovis in 2020, these were quite old (almost all of them more than 5 years old). Most of them have developed problems over the last couple of years and are not serviceable. We have also taken up about 25 new schools with funds from Amazon. We have distributed a total of 71 laptops to 44 schools. All of these schools are being serviced by our computer teachers. Here is a list of the schools.

Pearl (Thoothukudi, Thirunelveli and Thenkasi Districts)
We were supporting 10 schools which has expanded to more than 20 schools this year and many of these schools are bigger as well. Most of the continuing schools have a good number of desktop computers that we donated from the Ford computers we received in 2020. The new schools required computers and some of the old ones also required a few additional computers. We have distributed a total of 28 laptops to 15 schools. All of these schools are being serviced by our computer teachers. Here is a list of the schools.
At PUMS Kayathar (South) when we gave them the 3 laptops, they invited the local press and this got
good coverage. Here are the articles from Malai Murasu and Dhina Thandhi.

We are supporting 6 schools through this project. We had provided these schools with the desktop computers from Ford in 2020. Three of these schools required additional computers. We are providing 8 laptops to these three schools. All of these schools are being serviced by our computer teachers. Here is a list of the schools.

Other Centers and Schools

Asha Chennai has offices at Chennai (Mylapore), Thiruvallur (Kaivandhur), Thoothukudi (Kayathar) and Villupuram (Seeyapoondi). We wanted to hold a few spare laptops at each of these places so that we can provide teachers with laptops when their laptops need to be serviced.

We are starting Rural Technology Centres at various places to serve children in classes 9 to 12. Two new RTCs at Poondi and Kannigaiper were started in June and a new one is being started at Kayathar in Sept. We provided each of these RTCs with 5 laptops from Ford. Marutham Farm School is an alternative school in Thiruvannamalai that in various ways works closely with Asha including training of our teachers, panellists in our conference etc. Olcott Memorial School is also a school that has been working closely with Asha for a number of years in terms of training, using our Asha Kanini etc.

Here is a list of the other centres and schools.

Disha, another NGO also received laptops from Ford. It distributed 16 of these laptops to schools supported by Asha. All of these schools are being serviced by our computer teachers. The following schools received laptops through this. Here is a separate album of this distribution.

Visit by Srikanth, Director at Ford

We were glad that Mr.R. Srikanth, Director at Ford Motor Company Private Limited and a member of their CSR Board Committee spent a day visiting our schools and seeing how the laptops that they have generously donated are being used. Two volunteers, Rajaram and Ramakrishnan accompanied him to visit the following schools in Thiruvallur District.

Here are a couple of photos from the visit. Here is also a blog article written by Mr. Srikanth about this visit.