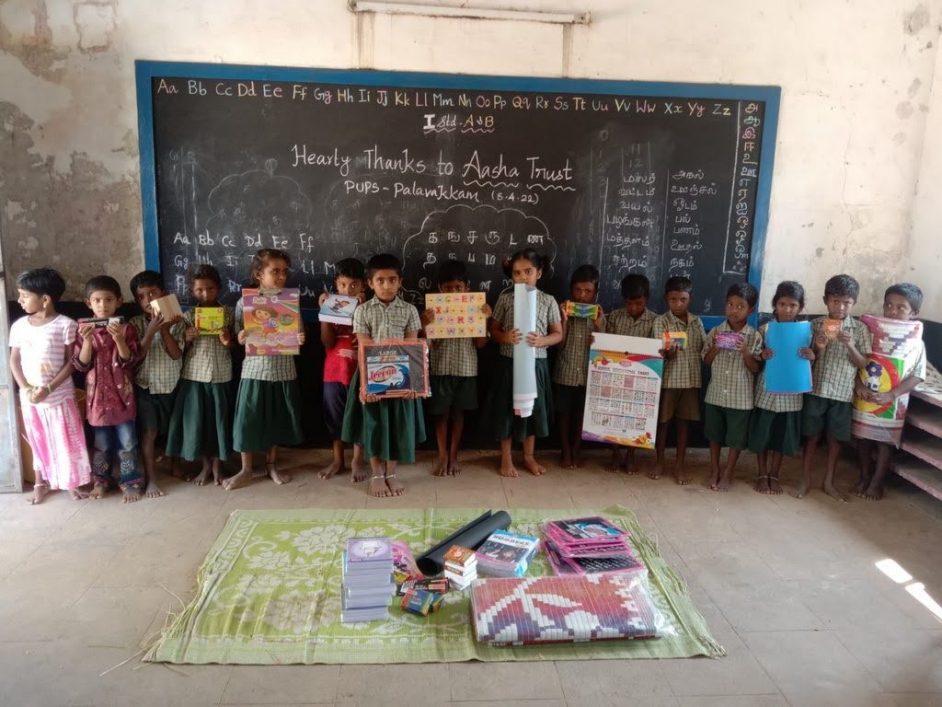 After the one and half year break, the schools required a lot of work and a lot of things as well. Asha purchased and distributed mats, stationery materials, computer accessories, Maths/English kits etc. to the schools.

The schools had reopened after the prolonged pandemic closure in November of 2021. However the months of Nov and Dec were badly affected by rains and then January saw the schools closing again due to the Omicron wave. The schools finally opened for good only on February 1st.

The schools needed a lot of things. The mats at the schools were in tatters after the prolonged disuse. Several of the computers had different problems which needed to be addressed. Some accessories were required as well. Many of the things we usually give to the schools like picture charts, maps, Maths and English kits etc. were damaged or missing. These needed to be replenished as well. The government had given the usual set of stationeries for the children. The things we give to the schools needed to be replenished and the stationeries given to the children augmented like we usually do. We undertook all these purchases and distributions in March.

At Thulasi, they distributed stationery items as well as computer accessories. At Sangamam, they distributed the same. In addition, Maths and English kits were also ordered but were not distributed as they were received late. We are distributing them in May. At Pearl, they had Maths kits purchased just before the Corona which were never given to the school (which were used in our mini-schools). These as well as some computer accessories were given to the schools.

Here is a photo album showing all of these.