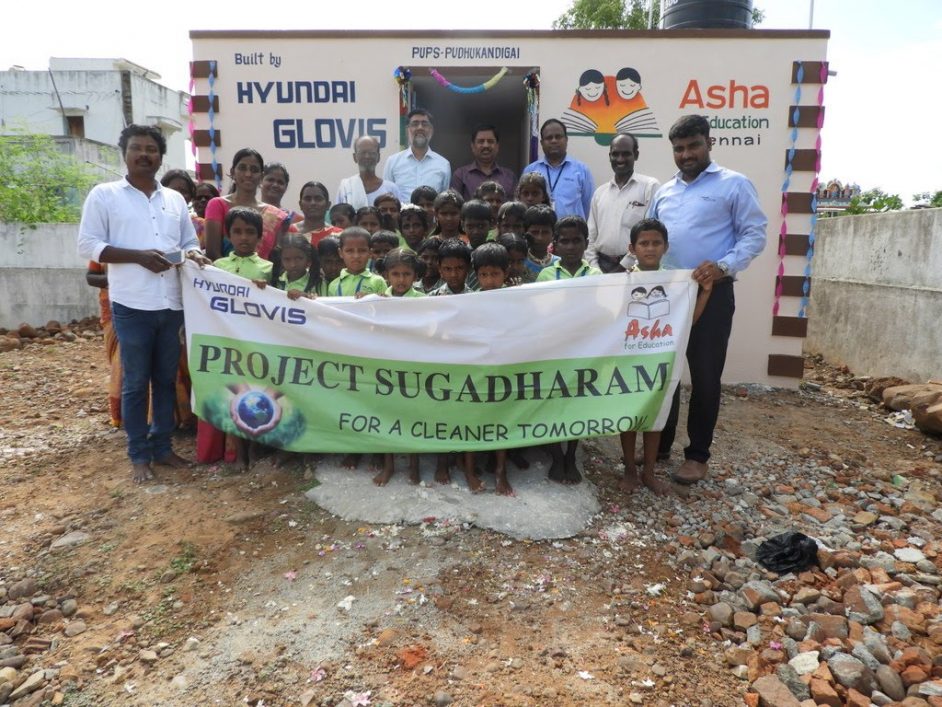 The new toilet at Pudhukandigai was completed. This was inaugurated by Hyundai Glovis and BEO of the Poondi block of Thuruvallur on 29th Aug 2019.

The construction of the toilet at Pudhukandigai proceeded a little slowly but still it was well completed and an asset for the school. A small function was organised on 29th August to inaugurate the toilet. Mr. Arun and Mr. Rosario from Glovis attended the function. Along with the people from Asha and the school, there were also the HMs from the neighbouring schools at Placepalayam and Allikuzhi at the function. The BEO Mr. Veeraragavan was there as the chief guest for the function.

The children performed  a song and a dance to entertain us guests. The the BEO cut the ribbon to inaugurate the function. We also provided some snacks and juice for the children.

Here are the photos from the event: