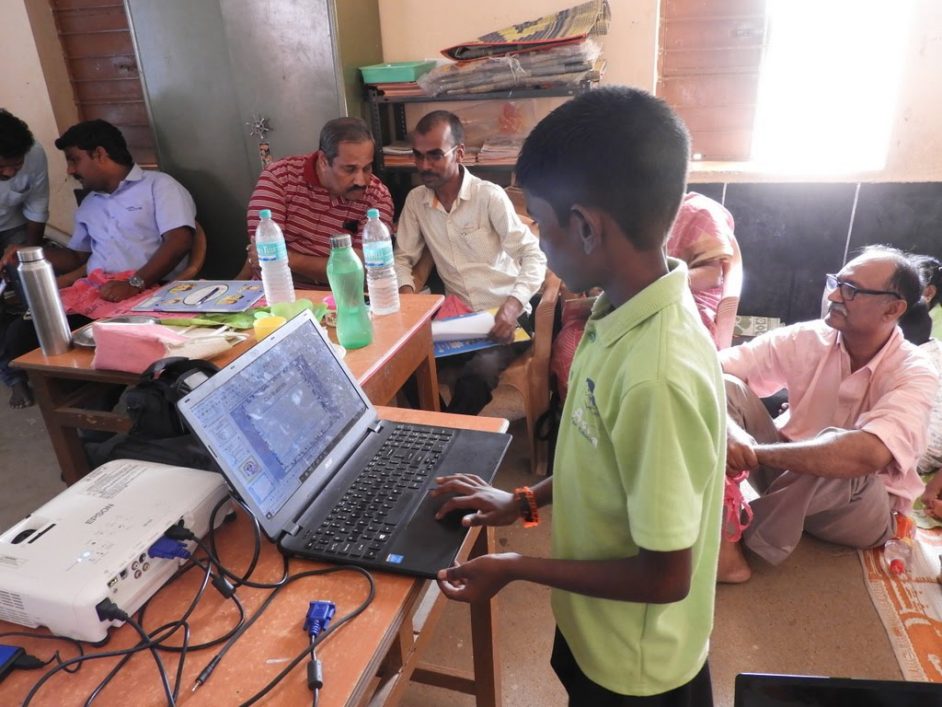 Click here to see photos from the event and the training leading up to the event.

Asha Chennai has been supporting 88 government schools in Tamilnadu. At most of these schools we send a computer teacher to teach computer science as well as teach Maths, English, Science etc. using innovative contents on the computer.

Our computer teachers teach 1st and 2nd std children the basics of using a computer. Third std children learn to use Tuxpaint a painting software suitable for young children. Fourth and fifth standard children learn about computer organization as well as OpenOffice a popular free office software which has a documenting software, spreadsheet and presentation. Sixth, seventh and eighth students learn how to use the Internet as well as programming using Blockly and Scratch.

Since computer science like most subjects is best learnt through doing, we have formed teams of students from all our schools. Teams of 4th and 5th standard children have been developing presentations using OpenOffice Impress. Teams of 7th and 8th std students have been developing projects using Scratch. The project work goes on from January to April and thus forms a significant chunk of the time they learn computer science in a year. This also teaches the children learn to work together in teams and it motivates them to create a good product. Good competition often brings out the best in people.

This year Asha received more than 90 presentations and 15 Scratch projects from schools all over Tamilnadu. We have selected 11 teams for the Presentation competition and 5 teams for the Programming competition. The selection was done by volunteers of Asha Chennai. We found that there was a significant improvement in the quality of the Scratch projects. This was as we were hoping for as our teaching programming using Scratch is less than 2 years old and the teachers are also learning Scratch as we go along. The quality of the presentations were at about the same level as last year. This shows the maturity of that area of our work.

The selected teams were announced on 11th April, on the day the schools closed early because of the elections. The teachers then had to bring the children even during holidays for a week of intensive training for the presentation. Note while they learn the technology and contents, presenting it on the stage to a group of external judges is something the children need to be trained to do. Developing a presentation is very different from presenting it to an audience. A note of appreciation is required for the teachers and children who attended the school for a week leading up to the Asha Impressions competition to work on their projects.

Asha Impressions 2019 competition was conducted by Asha with support from Glovis India Pvt. Ltd. The competition was held at PUMS Othappai, one of the schools Asha supports in the Poondi Block of Thiruvallur Dist on the 25th of April 2019.

The teams that developed the Presentation projects came on stage and presented their projects, in front of a panel of judges. They were judged on the use of Technology, their Stage Presence and the knowledge of the Content presented. The teams that developed the Programming projects were judged primarily on the use of complex programming concepts and the creativity of their project. In both these competitions we felt that the ease with which the chidlren answered the technical questions had improved this year. This is another proof that the children are actually learning well.

The team from PUPS Velagapuram won the Presentation competition and a team from PUMS Ramanjeri won the Programming competition. The event was attended by about 100 students participating in the competition, Asha teachers, HMs from Asha supported schools, Asha Volunteers, the DEO in charge for Thiruvallur Mrs. Karpagam, BEO from the Poondi block of Thiruvallur District Mr. Veeraraghavan and the CSR Coordinator from Hyundai Glovis, Mr. Arun Venkatesh. All guests spoke about the importance of learning computers and congratulated the children

Asha has been conducting Oral and Written assessments at about 90 school spread across Tamilnadu. At a time when government schools are considered by many people to be inferior to private schools, we have been finding the contrary. The effort put by most of the government schools towards the children’s education continue to impress and inspire us.

During our work with the rural government schools, we have seen several schools doing wonderful work away from the glare of any publicity or even recognition. Even among the best of these schools, we noticed one school consistently topping our assessment. Our initial thought was that the village it serves probably is well-off and has educated parents. That turned out to be false. It is situated in Adi Dravidar hamlet of a small village more than an hour from Thiruvallur even by car! It is one of the poorest villages in the area.

Asha also used the occasion to honour this school PUPS Greenvel Natham this year. This school has been topping every assessment that Asha has conducted since 2016. Even in the assessment that we conducted in Feb 2019, the school has been the best performing school among the 90 schools where we conducted the assessment. While the school is a Tamil medium school its students perform among the best even in English. Schools such as these are often unheard of. The HM of this school, Mrs. S. Shanthi, has been battling serious health problems over the last 2 or 3 years. Despite this she has valiantly made it to this far flung school and been educating the children in the best way possible along with her assistant teacher Mr. A. Jayabharathi. Asha honoures the school by providing a trophy for their exceptional performance and dedication shown by the teachers. 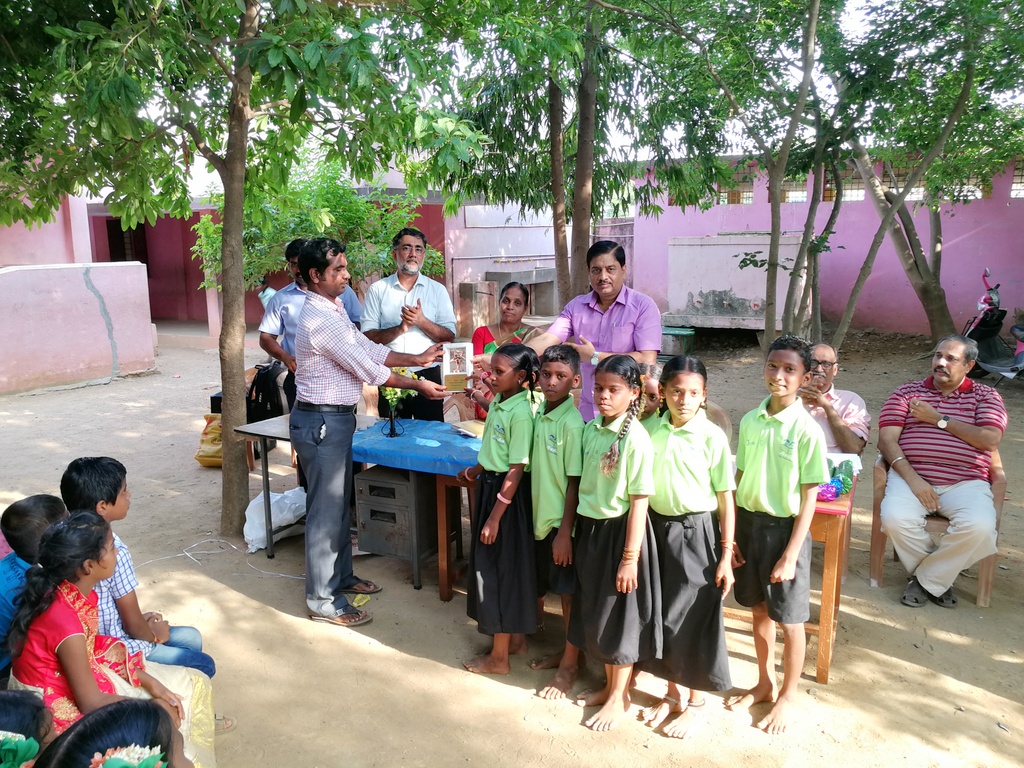 Asha plans to provide English and Maths teaching materials as well as setup a library at the school over these summer holidays. We are also planning to do that at some more schools.