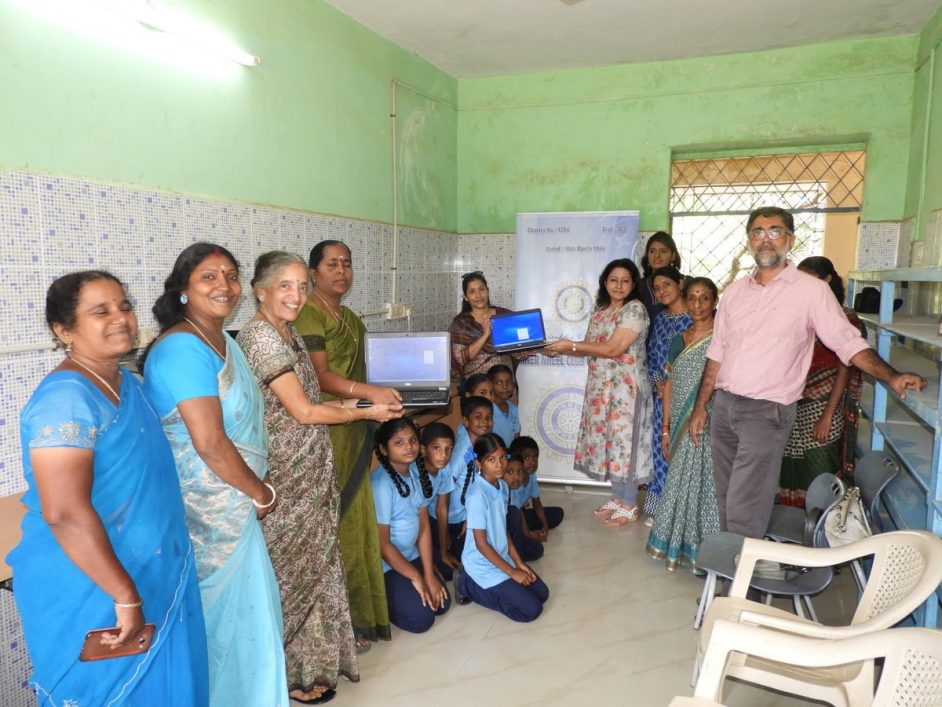 On 10th – 12th September 2018 : Innerwheel Club of Madras donated 15 used laptops from Ford India to 4 schools supported by Poorna Vidhya project.
Innerwheel Club of Madras was looking to identify schools in the city to which they can donate 15 used laptops from Ford India. We followed up with them and provided them details of schools of 4 schools supported by Poorna Vidhya. The schools were vetted based on the information provided and selected.
On Sept 10th and 12th laptops were donated to CPS Odaikuppam, CPS Shastrinagar, CHS Canal Bank Road and ADWMS Nandivaram. CPS Odaikuppam received 3 laptops and the other school 4 laptops each. On Sept 10th ladies from the Innerwheel club visited the schools at Odaikuppam and Shastrinagar and donated the laptops. Then on Sept 12th, at their general body meeting, the HM of ADWMS Nandhivaram was also invited and given the laptops for the school. Following that meeting they came with us to CHS Canal Bank Road and gave the laptops. They were happy to note that we had our own contents and computer teacher and had clear plans to make good use of these laptops.
Click here to see photos from these functions.