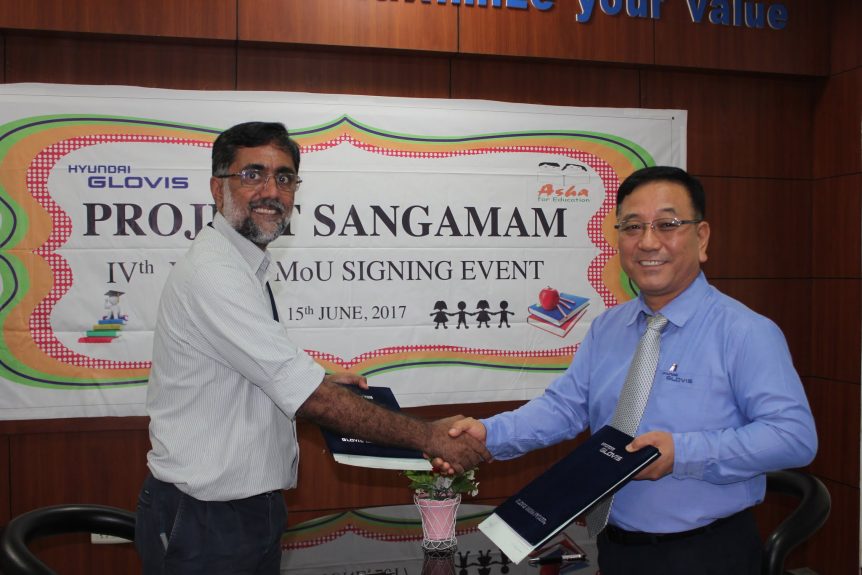 Hyundai Glovis has decided to support all 12 schools that we support in the Poondi block of Thiruvallur District. They are also supporting the establishment of school libraries at the schools in Ellapuram block as well as a village library at Annanagar. Their total funding for 2017-18 comes to about Rs 37.3 Lakhs.

After the MOU signing function all the people from Asha were taken on a tour of the facilities of Hyundai Glovis. We understood what just in time logistics entails, and could appreciate the interconnectedness of the global supply chain. We saw their warehouse that delivers components from India to factories in Turkey, Vietnam, the Czech republic etc. It was impressive to see the scope of their operations.

Click here to see the photos from the MOU signing.