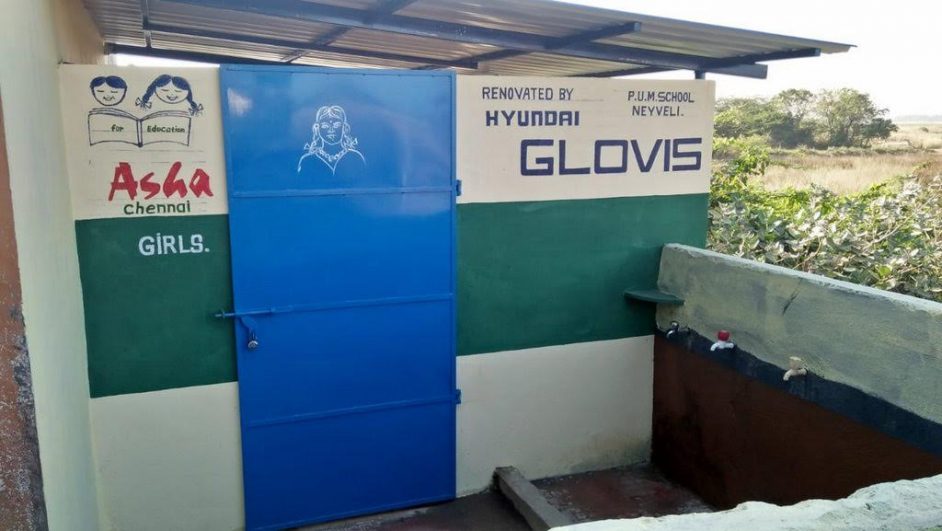 On Jan to Mar 2019 : As part of Sugadharam Thiruvallur – 2019 work, we first started the repair of three toilets at Neyveli, Kunnavalam and Athipatu. The works were done from Jan to Mar 2019.

We also started the repair work at the toilets at three schools in February. There were the schools where the repair work were urgently required and also there was a significant amount of work to be done. All these works were completed befoe the end of March itself. This report talks about these works. The work at various schools are described below with some photographs. Here are a couple of pictures of the toilet before our work.

Here are the photos from these three schools.

At the end there is also give a table that shows the expenses budgeted and actually spent.

The school had a functional girls and boys toilet. The walls of the girls toilet is very low and this doesn’t provide any privacy to them. The school had done some ramshackle arrangement to block the view. Further the boys toilet was at the back of the school and the only way to access that was to walk around the school on the outside. There was no easy way to provide a path to the toilet from the inside. So we provided a gate which significantly reduces the distance required to be walked outside the school (to less than 10 meters).

We raised the walls of the girls toilet and put a roof on top of it. We have put a new door out of the compound for the boys to use. We have put up wash basins and provided taps for easy cleaning of the toilets. See the pictures below.

There was significant plumbing work that was needed. The girls toilet water pipeline needed to be connected to the tank that was supplying water to the boys toilets. The water tank was broken and pipeline with the valves coming from the tank was also in bad shape.

We replaced the tank with a new one. We fixed the plumbing to the girls toilet. We put new wash basins and taps in all the toilets and gave the toilets a fresh coat of paint. See the new pictures below.

At Athipattu the boys toilet wall had a huge crack. There were two separate toilets with just a single commode. The doors of these were severely damaged. The sewage did not flow out of the toilets properly. Here are some pictures taken before our work.

We fixed the wall of the boys toilet. We put two new doors. The sewage was cleaned up. We put wash basins and taps where needed in the girls and boys toilets. The toilets received a fresh coat of paint as well. Here are some pictures.