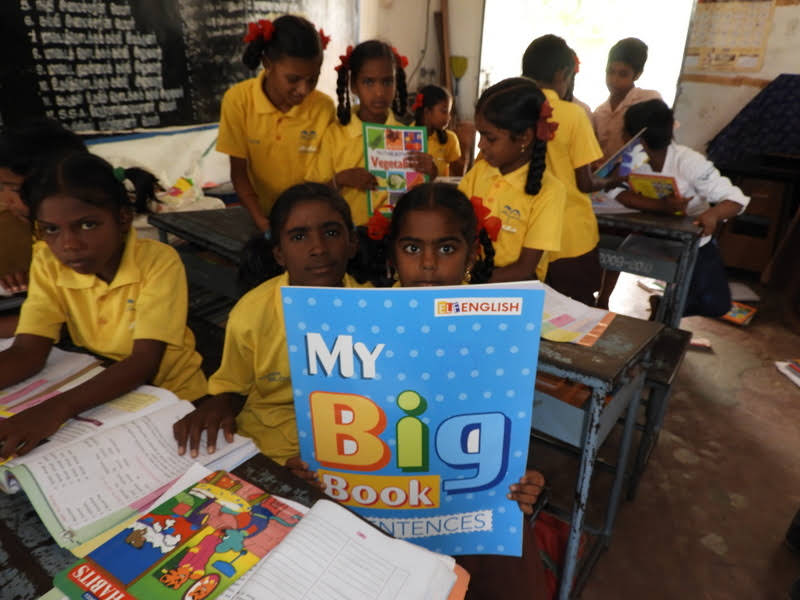 Materials purchased over the summer were distributed to the schools in Project Sangamam. These included library books, English language teaching kit and other things like laptops and projector.