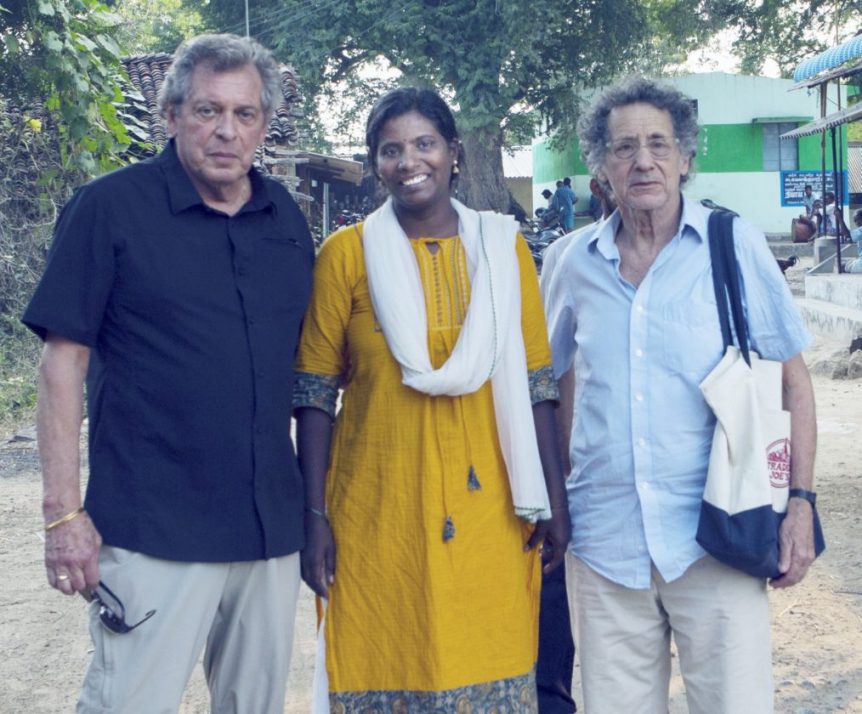 Asha has been supporting a tuition centre at Seeyapoondi since 2015 as part of the NFTC Seeyapoondi project. Now as a part of Project Thulasi we are supporting this tuition centre as well as 5 government schools in the vicinity. In 2017-18, we also decided to start a library at Seeyapoondi as part of this project.
Mr. Gershon Gurin Podlish has been working at a school in Thiruvannamalai for part of the year the last three years. Our steward for the Project Thulasi, Paripooranam also works at the same school. He became interested in the work Paripooranam was doing to develop her village (Seeyapoondi). He also decided to help her with the setting up of the library at Seeyapoondi.
He is now back in Boston and he wrote an article in a local newspaper about his experience at Seeyapoondi as well as his meeting a fellow peace corp veteran after 50 years at this small village.
Here is the link to the article.